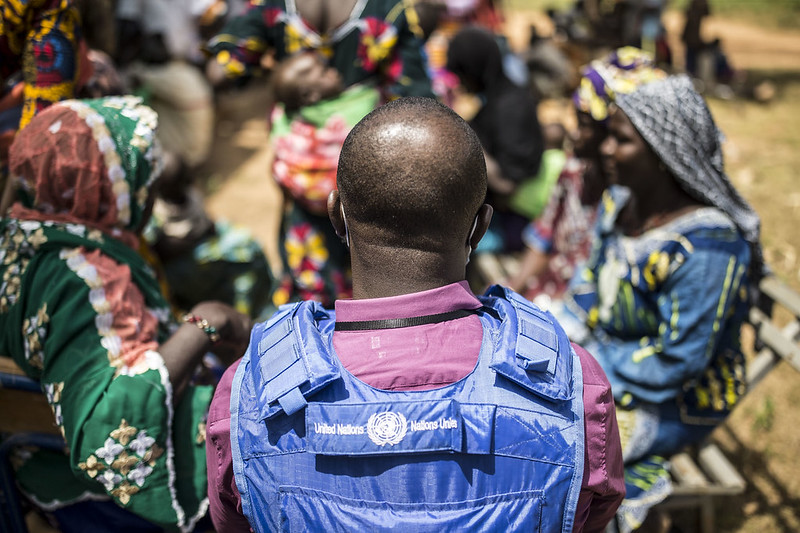 By Josh Jorgensen and Seán Smith

On Tuesday, June 29th, the UN Security Council renewed the mandate of the UN peacekeeping mission in Mali, MINUSMA, for another year. During negotiations, Council members were grappling with the impact of significant shifts that occurred over the last year in MINUSMA’s operating environment – two coups d’état; the establishment of transitional governments and frameworks to move toward democratic elections; escalating insecurity and violence against civilians across broader swaths of the country; ongoing attacks against peacekeepers; and France’s announcement that its bilateral counter-terror operation Barkhane would be withdrawn. The negotiations were also marked by divisions within the Council over MINUSMA’s support to a regional counter-terror operation, whether to increase MINUSMA’s troop levels, and whether to set a new strategic vision for the Mission.

Fortunately, these tensions did not undermine important language on the protection of civilians in Mali. On the contrary, the Council made modest but important changes to try to address increasing violence. However, the protection crisis cannot solely be tackled through the renewal of a mandate. Member States will still have to deal with a number of unresolved issues, including how to ensure MINUSMA has the capabilities it needs to protect civilians in such a volatile context.

With a former transitional president and prime minister still under house arrest and ongoing political instability in Mali, Council members were deeply concerned about the transitional government abiding by the timeline and framework for holding democratic elections. The Council addressed the transition in eleven separate paragraphs of the resolution.1The transition is given a prominent focus in the first two operative paragraphs of the new resolution, along with references as a priority measure for the government (OP 4), part of MINUSMA’s primary strategic priority (OP 21) and its first priority task (OP 30(a)) Of particular note, MINUSMA’s support to the political transition was added to the Mission’s primary strategic priority (operative paragraph (OP) 21) and as a priority measure for the government to deliver by holding elections and restoring democratic governance (OP 4).

The transition may have been the easiest contextual development for the Council to reach consensus on. Military-led counter-terror operations have not successfully routed violent extremist groups in the region and France has announced the end of its long-running Operation Barkhane.  Although the Operation will be replaced by an international anti-terror force, many UN Members States still look to the existing G5 Sahel Joint Force as an important pillar in the fight. MINUSMA has been providing logistical support to the regional Joint Force, yet the Force has continued to struggle to meet operational demands. Council members have long differed over whether and how to expand support to the Joint Force, and both sides of the issue have only strengthened their respective positions. In the mandate renewal process, France proposed elevating support to the G5 Sahel Joint Force as a priority task for MINUSMA. This was disputed and the issue delayed until at least October 2021.

During the negotiations, divisions also arose on issues including a proposal to increase troop and police levels (discussed below), the addition of a “strategic vision” for the Mission, and the re-introduction of a paragraph on climate change. The Council’s disunity on some of these subjects was demonstrated when several members “broke silence” more than once to reject near-final proposed drafts. After the resolution was adopted, five Council members2China, India, Niger (on behalf of Kenya, Tunisia, and St. Vincent and the Grenadines), the United Kingdom, and the United States delivered Explanations of Vote with substantive critiques of the text. Despite these divisions, the Council unanimously renewed MINUSMA’s mandate, keeping the structure of the resolution largely the same and continuing to prioritize the protection of civilians.

The Council’s agreements to strengthen protection of civilians language comes at an important time. Over the last year, violence against civilians—perpetrated by extremist groups, community-based militia, and international and host-state security forces—escalated and spread geographically across Mali. In 2020, more civilians were killed in conflict-related violence in Mali than in any previous 12-month period.

The Council sent strong messages to the Malian authorities regarding the need to better protect civilians. It elevated the issue of protection of civilians within the section on the situation in central Mali, stating that the Council “… urges these authorities to take expedited action to protect civilians throughout the country…” (OP 14). Furthermore, the same paragraph emphasized the need for the Malian authorities “… to prevent, minimize and address civilian harm that might result from operations undertaken by the MDSF [Malian Defense and Security Forces]”. This political demand on the Malian government is urgently needed. Indeed, MINUSMA’s own data reveal that the MDSF were responsible for perpetrating more human rights violations than some armed opposition groups in the first three quarters of 2020, but showed improvement in the latter part of the year (see graph below). In the first six months of 2021, MINUSMA “recorded a sharp increase in violations by State actors,” over half of which were perpetrated by the MDSF. 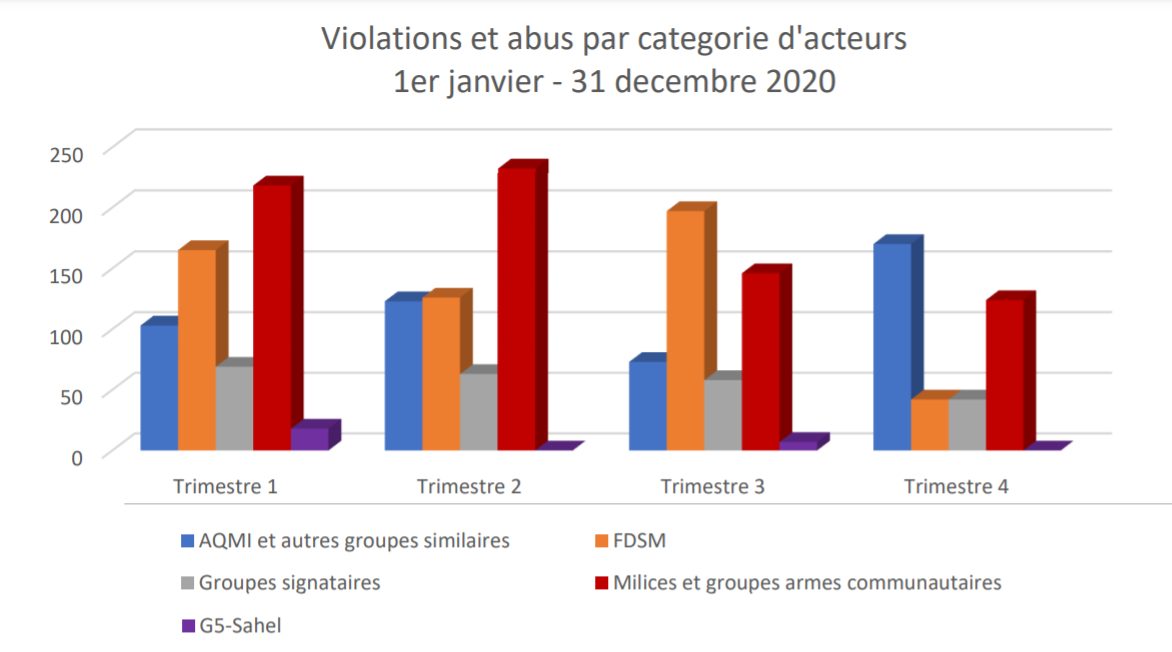 The resolution also highlighted a positive development at the regional level in welcoming the launch of the Civilian Casualties Identification, Tracking and Analysis Cell (MISAD) by the G5 Sahel Joint Force. The tool, which is being implemented as part of the broader human rights compliance framework referred to in resolution 2391 (2017), is designed to help the regional force more effectively mitigate the risk of causing harm to civilians during its operations.

MINUSMA needs more than edits in the mandate text to be able to effectively protect civilians. The Mission is still missing key capabilities—especially in central Mali—to undertake its core tasks, as CIVIC underlined last year. For MINUSMA to be able to fully realize its adaptation plan and respond decisively to imminent threats of violence against civilians, it requires member states to pledge military air assets for which the Mission already has authorization, but which remain outstanding.

During the mandate negotiations, France proposed to authorize MINUSMA to deploy an additional 2,069 military and police personnel. Disagreements over the plus-up led to a compromise with the Council calling on the UN Secretary General to provide recommendations “on the force levels and ceiling” of uniformed personnel (including details on costs, possible deployment phases, and infrastructure needs) by July 15. Such reinforcements could improve the Mission’s ability to protect civilians in central Mali. However, it is imperative the Secretariat has sufficient time to consult the Mission about its particular needs in the central regions of Mopti and Ségou, so that it can secure uniformed personnel with the appropriate skills, equipment, and capabilities – a task that may not be possible in just over two weeks’ time. It is also important that the Mission, the Secretariat, and Council members have a clear and common understanding of how additional troops and police officers would be used to support an overall strategy for improving the security situation in central Mali.

Despite the unstable and uncertain context in Mali, and difficult divisions among members, the Council was able to agree on a new mandate that preserves protection of civilians as a priority. That being said, generating the needed resources and capabilities will remain a challenge. To truly prioritize the protection of civilians and ensure the Mission is able to effectively implement its mandate, Member States must commit to filling the capability gaps in MINUSMA’s adaptation plan.