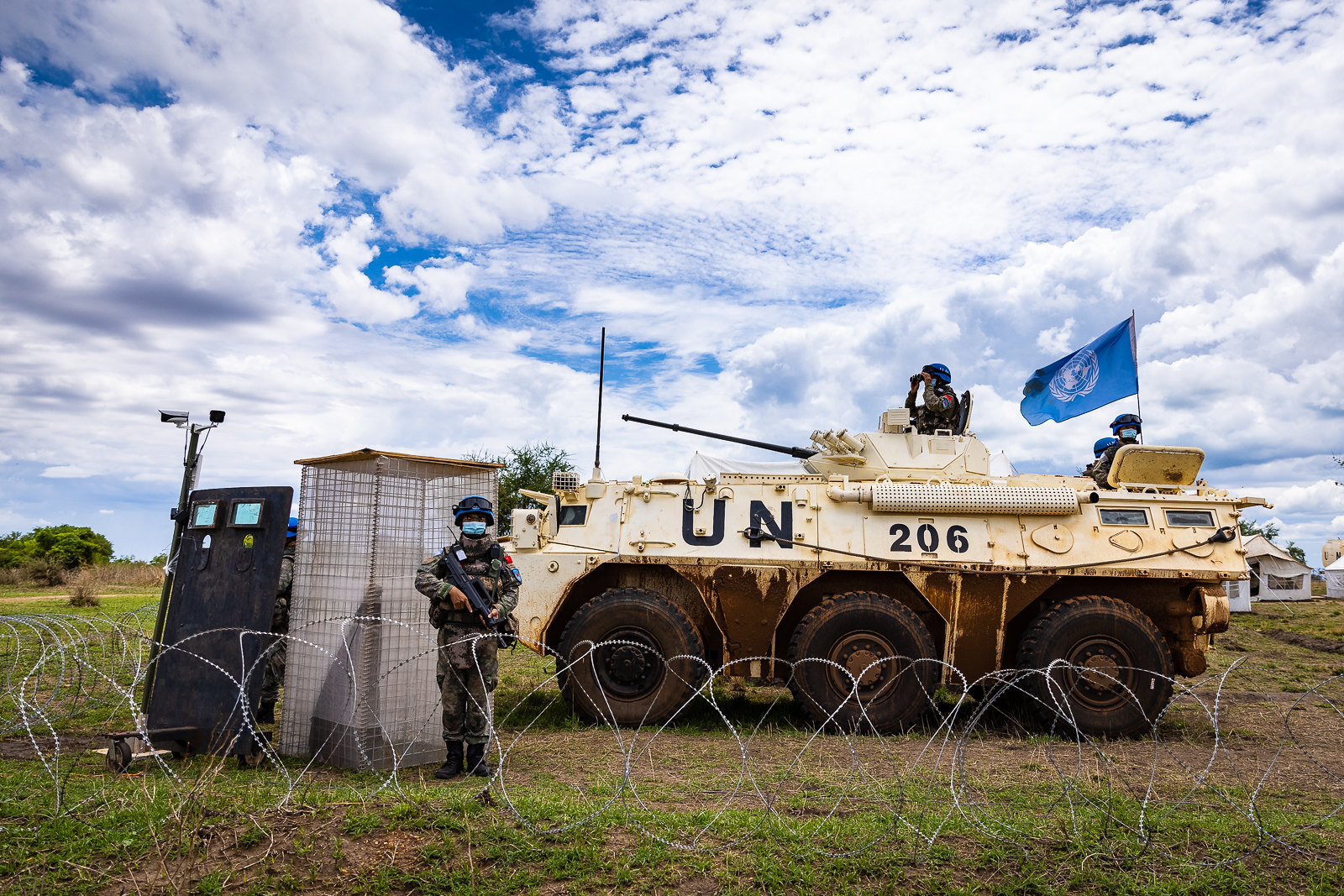 By Josh Jorgensen and Alison Giffen

Last week, the UN Special Committee on Peacekeeping Operations (referred to as the C-34 and comprised of peacekeeping troop, police, and financial contributors) released their annual report. New language on the protection of civilians (POC), including on early warning, civilian harm mitigation, training, and community engagement helps align the 2021 report with UN Security Council authorized peacekeeping mission mandates and sends a signal to the UN Secretariat to advance these activities in UN peacekeeping missions. Unfortunately, Member States resisted making new commitments in the report to ensure that the UN has the capacity needed to take these initiatives forward. Of greater concern, the C-34 was unable to reach consensus and include more progressive language on conflict-related sexual violence (CRSV), an unwelcome reminder that powerful Member States continue to push back against peacekeepers’ role in preventing such crimes and seek to constrain peacekeeping operations’ ability to do so.

The UN General Assembly established the Special Committee on Peacekeeping Operations in 1965 to review all aspects of UN peacekeeping operations and provide recommendations. Originally comprised of 34 members, it has now grown to over 100 members. Although language agreed upon by the C-34 has no binding authority, the Committee’s diversity lends it credibility. In fact, many Member States view the C-34’s annual report as the predominant vehicle in which to steer peacekeeping policy and priorities. Some permanent UN Security Council members disagree and wish to preserve Security Council resolutions, which authorize and outline the mandates of UN peacekeeping operations, as the principal authority from which peacekeeping policy should flow. The debate over preeminence notwithstanding, the Secretariat and many Member States look to the C-34 report for direction when developing peacekeeping policies, practice, and training. As such, new POC language in this year’s report could have a positive, if somewhat indirect, impact on how peacekeeping operations implement their mandates.

In the 2021 report, the C-34 advanced language on the protection of civilians in a few key areas, including on early warning, civilian harm mitigation, peacekeeper training, and community engagement.

First, the C-34 called attention to the use of mechanisms which help missions to identify early warnings of threats to civilians and respond rapidly,1A/75/19, para 138 a topic which has not been addressed in previous C-34 reports. CIVIC’s research has shown how important it is for peacekeeping missions to have effective early warning and rapid response systems. The report’s language captures a longstanding feature of peacekeeping mandates, which often call on missions to strengthen early warning systems. The C-34 also recognizes the need to systematically record and analyze mission rates of response to confirmed threats. This new language helps align the C-34 report with the recent mandates of the peacekeeping missions in Mali2S/RES/2531 (2020), para 28(c)2 and the Democratic Republic of Congo,3S/RES/2556 (2020), para 29(i)h both of which require their respective missions to record their rate of response.

Second, the Special Committee repeated its recommendation from last year regarding the responsibility of missions “to mitigate the risk to civilians before, during and after any military or police operation… including by tracking, preventing, minimizing and addressing civilian harm resulting from the mission’s operations, including those operations that are conducted jointly with or in support of non-United Nations security forces.”4A/75/19, para 141 The 2021 report, however, also encourages missions to develop the capabilities they need to carry out this POC task. Although not detailed in the report, these capabilities could include training peacekeepers on the concept of civilian harm mitigation (CHM), modifying existing databases to track and analyze harm that could result from a peacekeeping operation’s presence and activities, and establishing standard operating procedures to ensure that CHM is consistently integrated into mission planning.

Third, the C-34 expanded its focus on improving mission training for personnel on POC,5A/75/19, para 135 by adding a new reference to in-mission training and noting the Comprehensive POC (CPOC) manual –  a set of training modules designed to standardize POC instruction for military personnel deploying to peacekeeping missions.

Lastly, in the paragraph that addresses the protection of civilians and community engagement, the C-34 added a recognition that POC analysis and planning should consider the needs of civilians, as well as an important request for the Secretariat to provide information on the capabilities needed to carry out safe and effective community engagement and “the extent to which these capabilities are present.”6A/75/19, para 144

There is an important caveat to these advances. In the C-34 report, Member States primarily call on the Secretariat to implement the recommendations. They do so by requesting the Secretariat to provide “briefings” to inform the C-34 about how the issues are being moved forward or take other actions such as developing new practices or strengthening existing ones. Rather than committing as Member States to support the implementation of these objectives, they added to the number of asks of the Secretariat. Looking only at the POC chapter of the report, the number of requests for the Secretariat expanded from 15 last year to 25 in 2021, including 11 briefing requests and around 14 other actions requested of the Secretariat. The 2021 report only includes four explicit calls for Member States to act. This is an imbalance that is difficult to justify given Member States – including troop- and police-contributing countries and financial contributors – have the primary authority to determine whether and how peacekeeping operations are appropriately financed, trained, and equipped.  Moreover, this imbalance detracts from Member States’ commitment in the Declaration of Shared Commitments on UN Peacekeeping Operations “to seek measures to enable greater coherence between mandates and resources.” The increase in requests to the Secretariat also comes at a time when some Secretariat POC capacities previously funded by extra-budgetary resources are being cut.

Despite the imbalance in asks in the POC section, there was some slight, but positive, headway in encouraging Member State support. For example, the report “calls on all peacekeeping stakeholders to ensure that peacekeeping operations… have the necessary resources and capabilities to enhance rapid response.”7A/75/19, para 138. Another example is the C-34’s language on support to prison sector reform (para 137). When the C-34 has previously discussed the need to field capabilities that enable missions to implement their mandates, it has tended to be in more generic terms, and has avoided calling on Member States (or “all peacekeeping stakeholders”) to provide what is needed. Although the C-34 language has no binding authority over concrete decisions to request, provide, or deploy peacekeeping capabilities, it can express its collective understanding of the importance of these capabilities, which could help make the case for their deployment where needed. Hopefully, this can send a signal of support for specific priorities that missions identify as critical for rapid response.

Ongoing Obstacles to the Prevention of CRSV

While advancing language in several areas, the C-34 also missed an important opportunity. The Special Committee could not agree on strengthening language on conflict-related sexual violence (CRSV). At the beginning of the C-34 session, many delegations had proposed stronger language that placed greater stress on peacekeeping operations’ critical role in preventing and responding to CRSV. The Special Committee was also debating language calling on all stakeholders to provide missions with the capabilities and training for uniformed and civilian personnel to implement this important mandate. The C-34 began to work on compromises to the language during negotiations, but a few powerful Member States continued to object to including this language due to narrower conceptions of what types of violence peacekeepers should be mandated to address. Ultimately, last year’s language was retained, which “takes note” of the UN’s CRSV policy and refers to the Secretary-General’s annual report on CRSV.8A/75/19, para 147 It also expresses general support for strengthening the ability of mission personnel to fulfill their mandate to address sexual violence in conflict. While the report was not weakened, nothing in the new language requests any new steps by any actor, which could result in the status quo persisting at the same time as Member States call for accelerated implementation of the wider Women, Peace and Security agenda.

The Impact of COVID-19

The C-34 negotiates and agrees on the annual report language by consensus. That is not an easy feat given the number and diversity of Special Committee members. In past years, including 2019, the C-34 has been unable to agree on language and did not issue a report. But 2020 represented a significant turning point when the C-34 agreed on an entirely new structure and streamlined content for the report organized along Action for Peacekeeping (A4P) priorities. Last year’s success contributed to a positive dynamic this year, despite the challenges of complex virtual negotiations.  Unfortunately, the C-34 was not spared from the impact of COVID-19. According to several delegates, the move to a virtual format led to a more streamlined and focused negotiation process, but also compressed the time available for final bargaining, forcing tradeoffs that sacrificed more progressive language in some areas.

The annual C-34 reports are a means to advance, however incrementally, policy on the protection of civilians, and have the benefit of having direct input from all troop- and police-contributing countries. By coming together virtually during a pandemic and agreeing to a final report, the C-34 delegations showed a commitment to unity on peacekeeping policy. Next year, Member States should seek to create better alignment between the C-34 report, mission mandates, and the resources needed to implement those mandates, including by making commitments in the annual C-34 report to contribute to the advancement of agreed priorities. 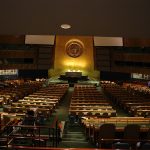